There were two separate races on Saturday, while on Sunday there was two races with combined times for the results. The event hosted athletes in the U12 (2009-2008) and U14 (2007-2006) age groups from Apex, Baldy, Big White, Sun Peaks, Vernon and Revelstoke Ski Clubs totalling 130 racers.

Every kind of winter weather hit the mountain with heavy snow both mornings clearing to sunshine in the afternoons. The many volunteers worked diligently to clear the racecourse of extra loose snow to keep the course safe for the racers.

Official results can be found here: BC Alpine 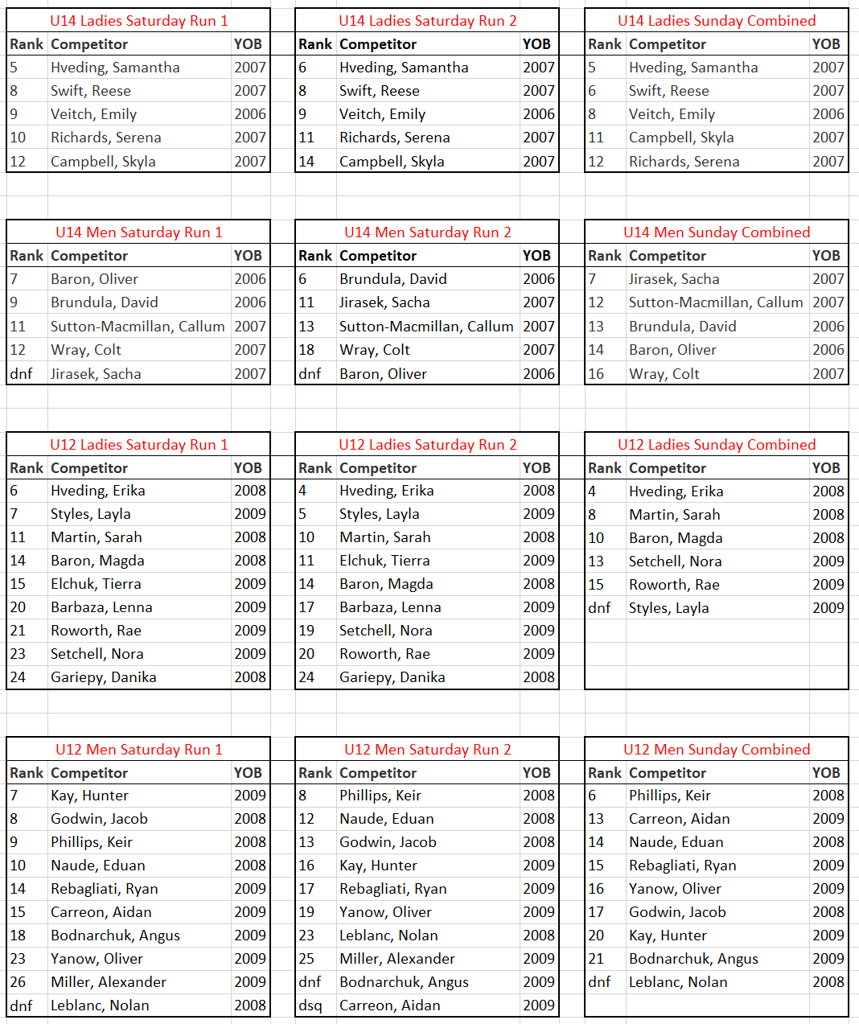