BIG WHITE U16 RACERS – LONG SKIS AND A LONG SERIES!

March 3 to 8, 2022 saw the 2nd Teck Open U16 Provincials race hosted by Sun Peaks Resort. The U16s from the Big White Ski Club (BWSC) were part of the total field of 170 competitors (104 women and 66 men)! Under mostly bright blue skies and optimal snow conditions, these racers were able to compete in alpine racing for six days in a row! The race series featured 2 days of Super-G races, 2 days of Giant Slalom (GS), and 2 days of Slalom (SL) races.

Day 1 of Super-G:
The U16 BWSC Racers were charged up and ready to go! For most racers, this was their first Super-G race - the LONG SKIS! All 10 BWSC Racers crossed the finish line! No disqualifications (DSQ’s) and no “did not finish” (DNF’s)!

Sacha Jirasek posted another Top 10 finish, in 9th position, followed closely by David Brundula in 12th! Tabitha Taylor led the women with a position in 18th spot, followed by Liv Willoughby in 24th and Kael Oberlander in 29th.

Day 2 of Super-G:
David B. placed 7th! The highest-ranking for the BWSC men during the race series. Just 1.16 seconds behind the 1st place finisher! Sacha J. followed in 16th and Callum Sutton-Macmillan clinched a spot in 20th.

Day 2 of Giant Slalom:
Kael O. placed 8th! The highest-ranking for the BWSC women during the race series. Just 4.81 seconds behind the leader’s time for 2 runs!

Day 2 of Slalom:
On the last day of racing, David B. placed 22nd and Sacha J. placed 33rd for the men. Samantha H. narrowly missed the Top 30 with 31st place.

The award for being a “Great Sport” goes to Tabitha Taylor, who despite injuring her hand and getting a cast, intended to race the
next day. When she wasn’t able to race with the cast, she still made the effort to get out on the hill to cheer on her teammates!
Wishing you a speedy recovery Tabi!

A big thank you to Sun Peaks Ski Club and Sun Peaks Resort for hosting, Teck Resources for sponsorship, and the parents and volunteers that made it such a successful event!

“It was an excellent series with a high level of competition. It was also long and demanding. Just wanted to thank the team for a great week at Sun Peaks!” Wade Christie, U16 Coach, BWSC.

Full official results can be found at: BCAlpine.com/calendar 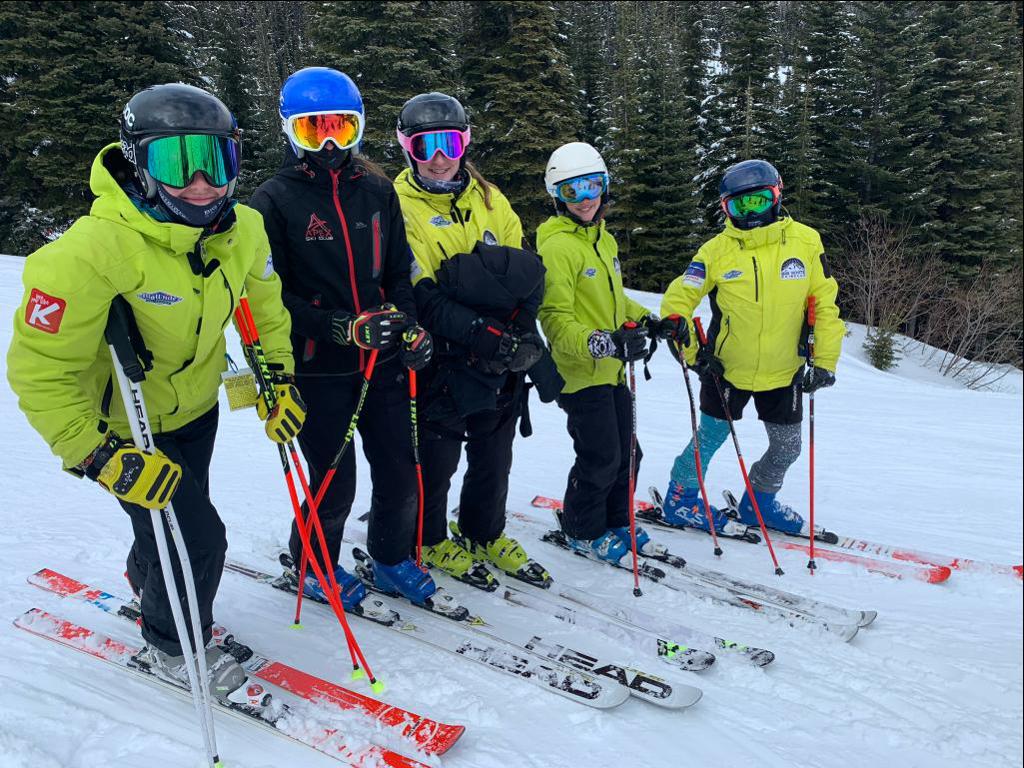 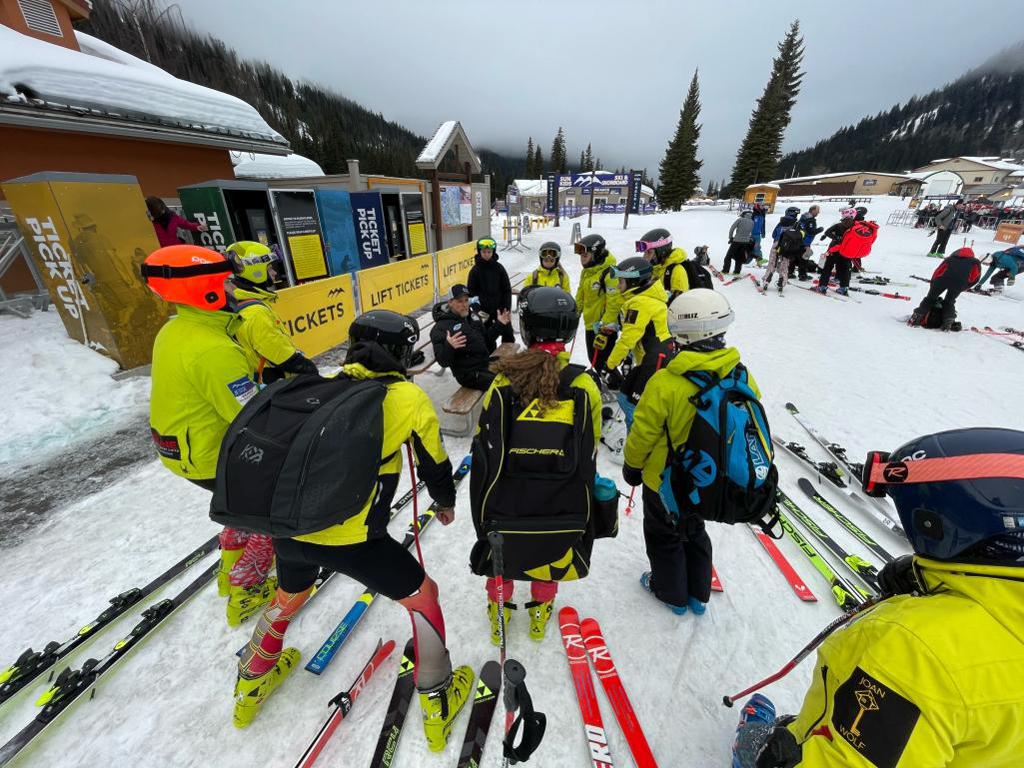 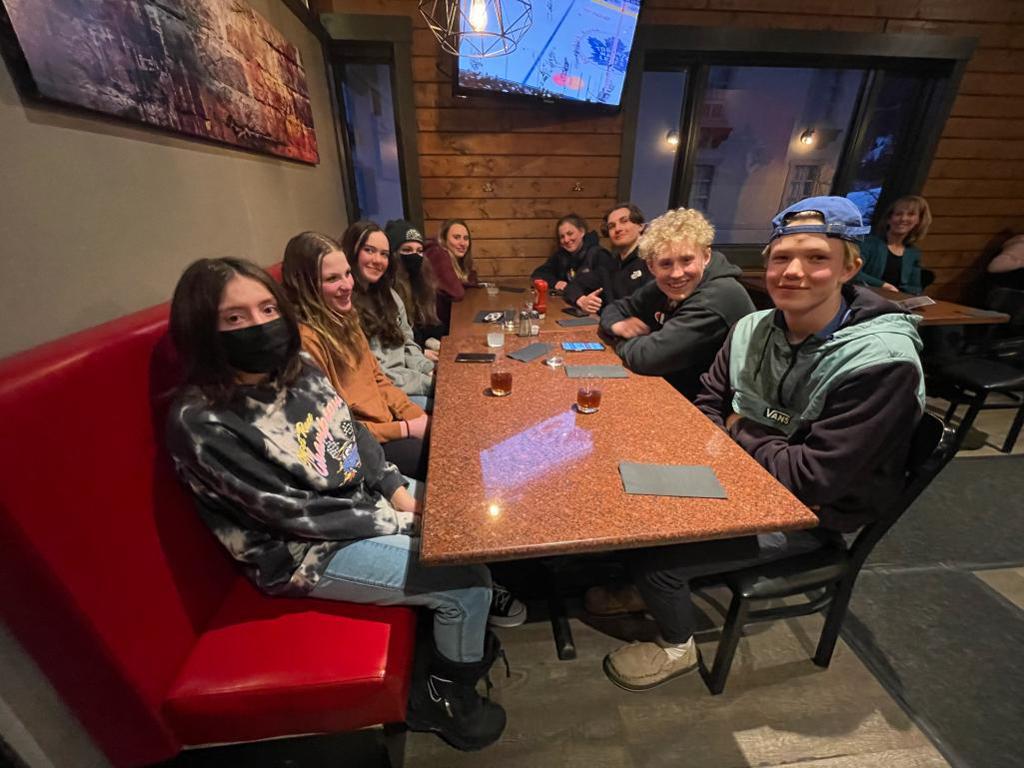 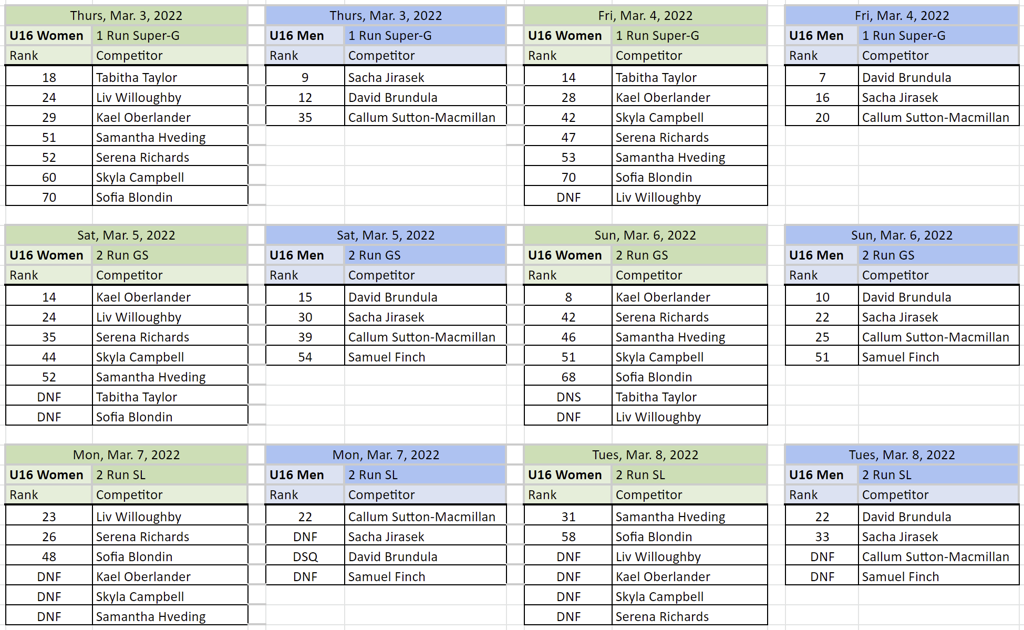