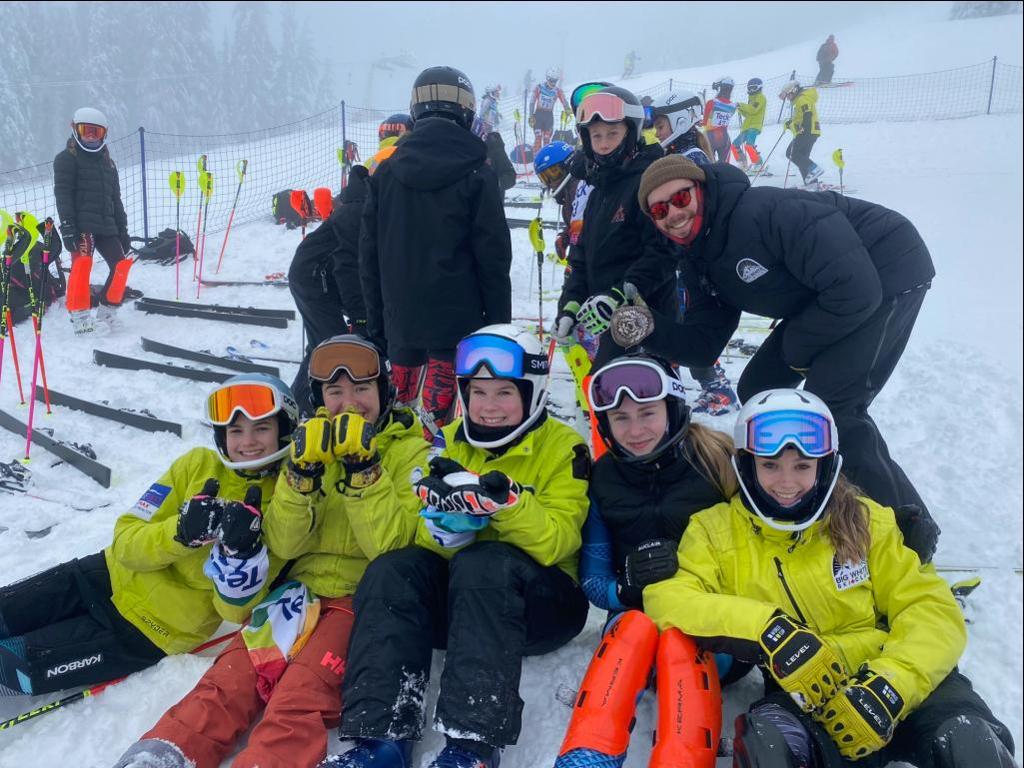 There’s a saying that a smooth sea does not make a skilled sailor.  Big White Ski Club certainly found it to be true this past weekend while racing at Apex for the Teck Okanagan Zone Race as foggy weather conditions made the racing tough.  Sunday’s wind brought some excitement as treetops were dropping causing power outages and havoc around the resort. But there was plenty of snow and great racing to be had by the 48 (!) BWSC U12, U14, and U16 racers. 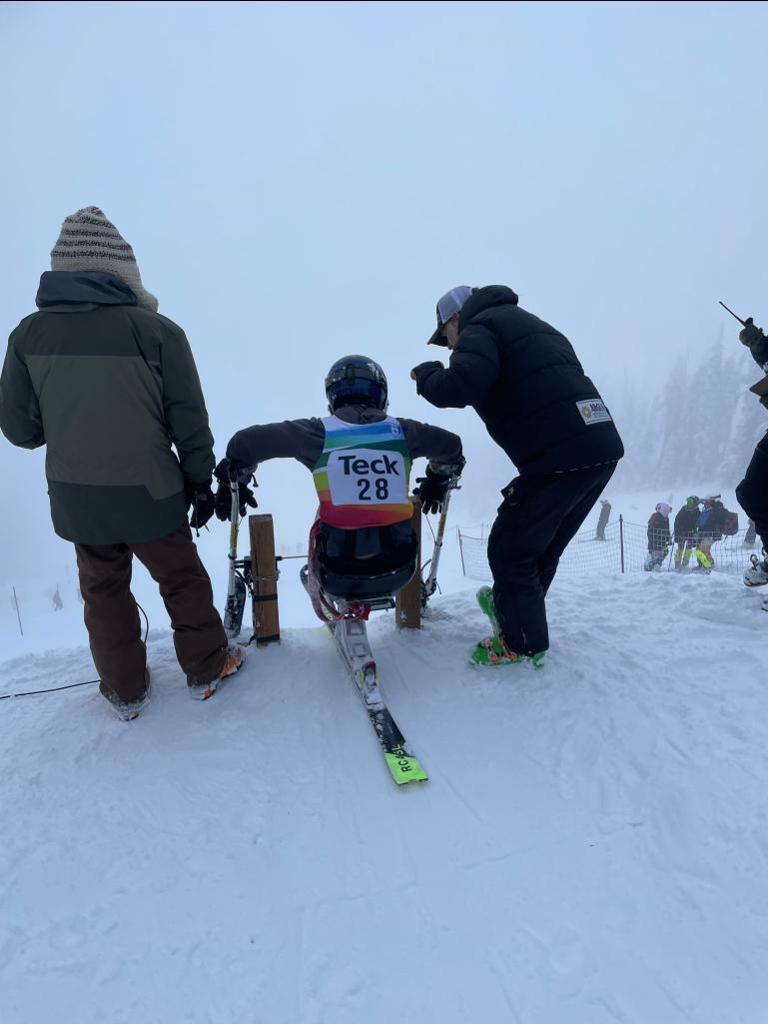 A big thanks to the Apex crew and volunteers who kept the course in great condition and made sure the racers from Apex, Big White, Vernon Ski Club, Sun Peaks, and Revelstoke had a chance to participate in the first race weekend of the season. It was a great start to the season for BWSC and motivation for the U16 who are headed to Sun Peaks next week and the U12 and U14 will be at Silverstar’s Speed Camp 27-29 January.  There’s no doubt the racers will benefit from the perseverance they have shown so far this season.

Where does a Big White ski racer keep their money?  In the fog bank 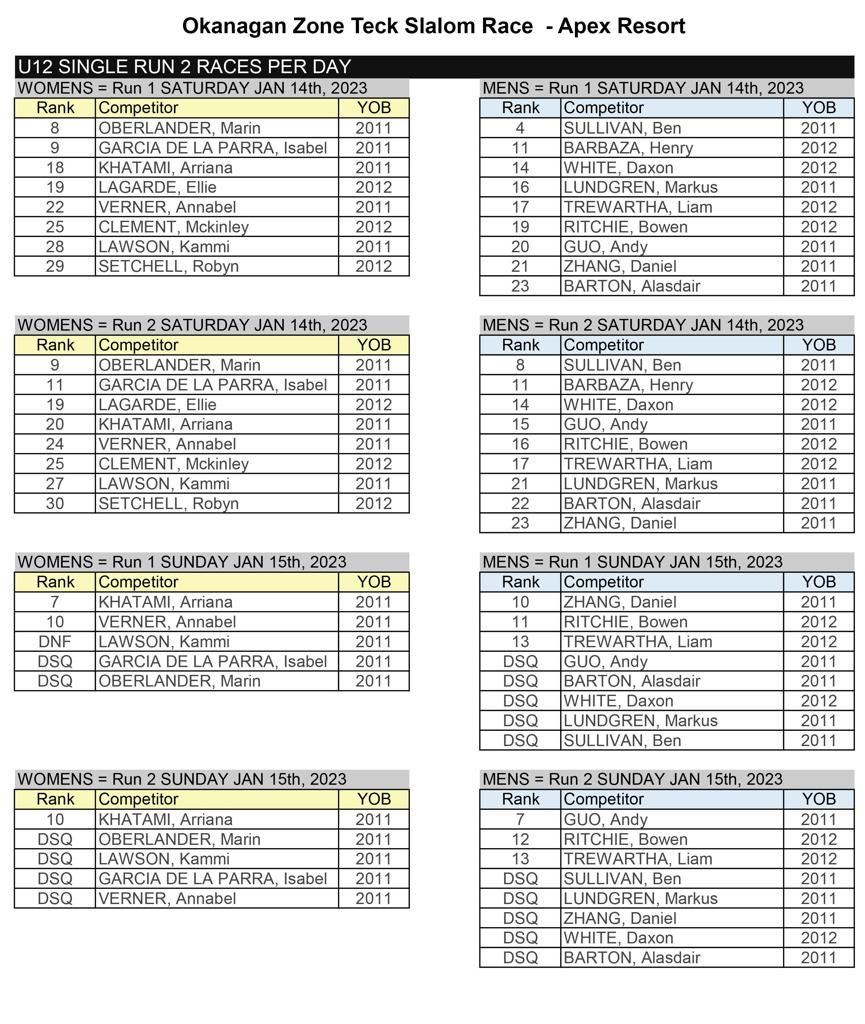 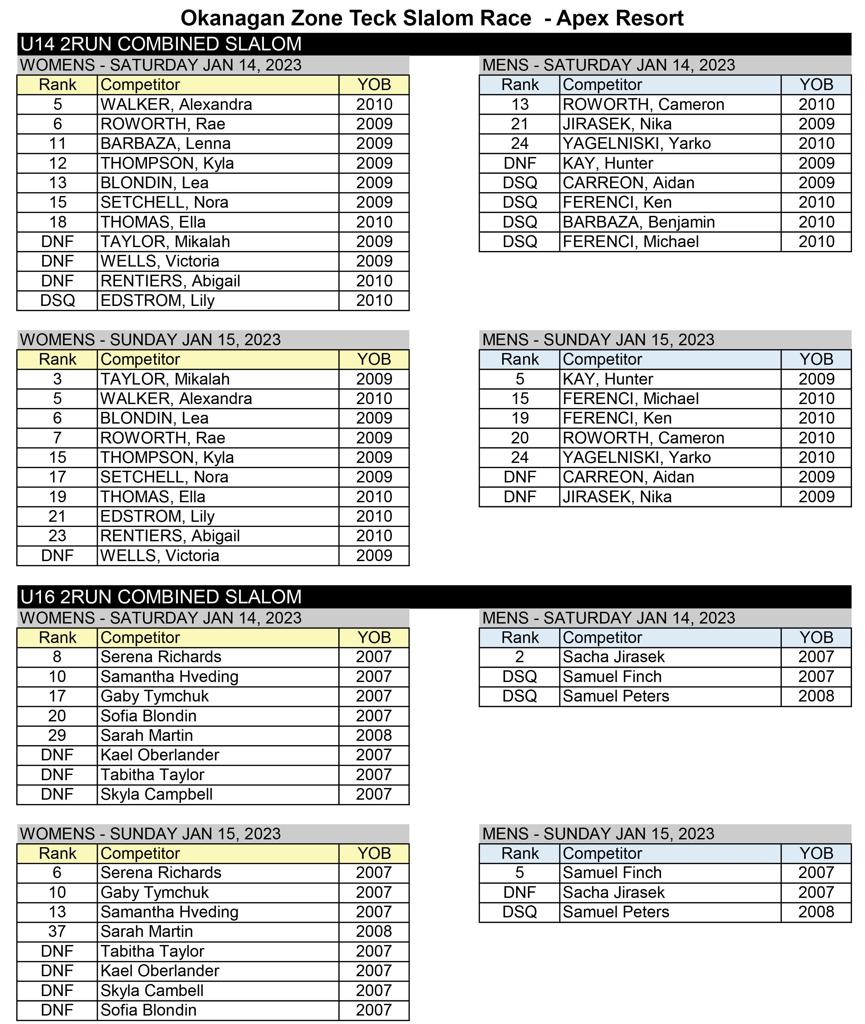